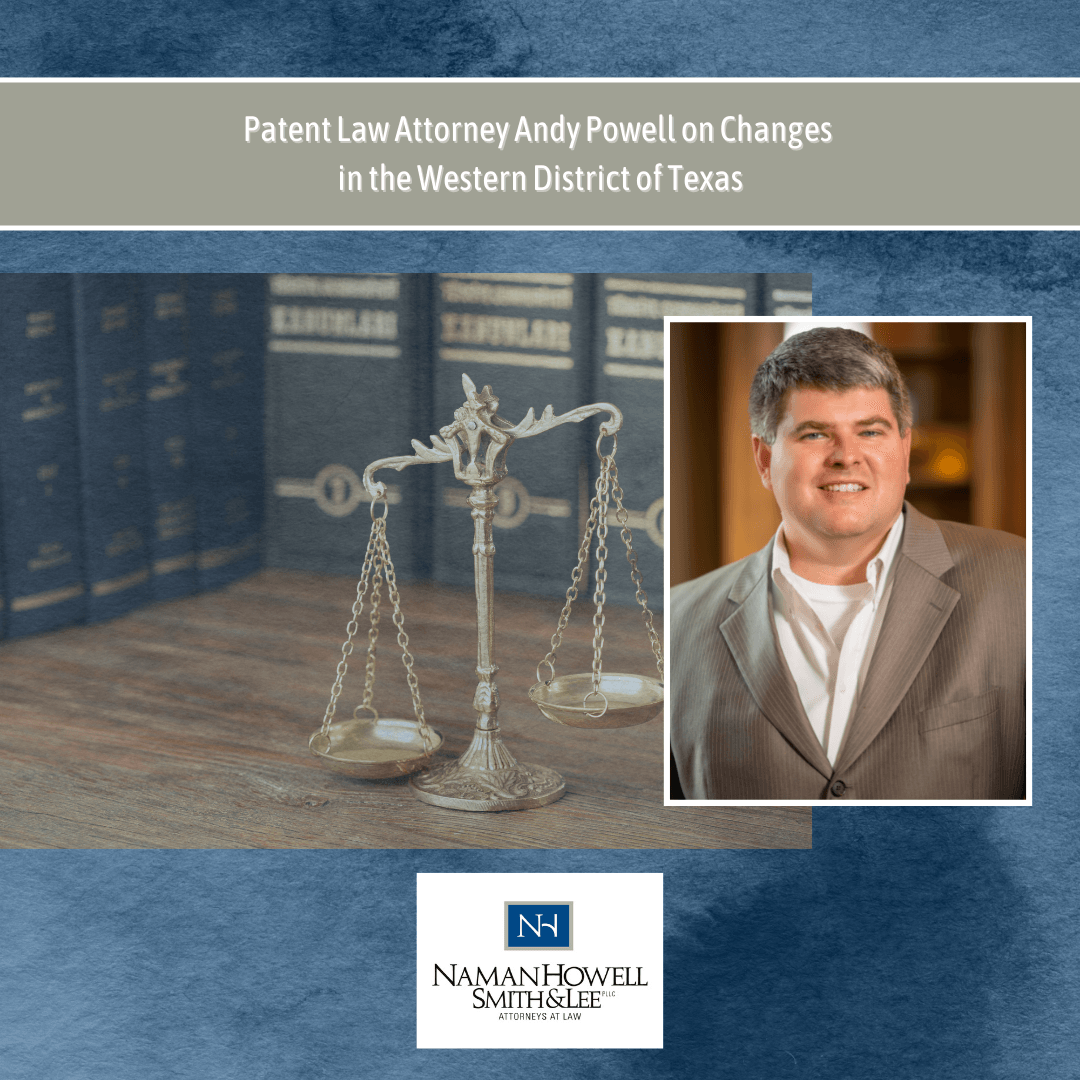 The recent changes in the Western District of Texas, where incoming patent law cases will now be redistributed among 12 judges at random, has kicked off a bout of uncertainty and conversation regarding the future of patent law in Waco.

Naman Howell Attorney Andy Powell gave his thoughts to Law360, "while it is too early to say how this order will impact the overall legal market in Waco, to the extent that there are law firms that have opened up specialty boutique offices in Waco focused primarily on patent litigation work, this may have a negative impact."

As far as the effect this may have on Naman Howell in particular, Powell believes the changes in the local patent landscape are unlikely to have much effect on Naman Howell’s longstanding patent and intellectual property legal practice.

"For law firms that have been in Waco for many years with a broad client base and that have a varied legal practice, this order should not significantly impact their overall operations”, he shared to Law360. Naman Howell has been serving Texans and their businesses for more than a century, with its first office opening in Waco in 1917.

Furthermore, Powell called the new ruling, an “unexpected and unfortunate” turn of events considering Judge Alan Albright, who was previously the only judge handling all patent law matters in the Western District, has a “wealth of knowledge in patent law”.

“While we are blessed with many excellent judges throughout the Western District of Texas, patent cases frequently involve complex technical and procedural issues and Judge Albright is a judge that understands those issues very well and he is passionate about patent law,” Powell told KWTX.

Andy Powell is a registered patent attorney, who has handled everything from patent applications to patent litigation. He has been involved with the Western District of Texas since his admittance in 2003. Andy is knowledgeable in various other matters involving intellectual property law including, trademark prosecution, copyright issues and licensing issues.

To read the full article on Law360 click here.

To read the full article on KWTX click here.